Experience the spiritual and cultural event of the year at the Punakha Tsechu. The festival is one of the most popular religious gatherings that is held every year in Bhutan. The spectacle consists of drum dancing, masked dances and plenty of cultural activities. It attracts thousands of spectators from all over the world. The main attraction is the unfurling of Thongdrel of Guru Rinpoche.

The famous Punakha Tshechu Festival is one of the most important festivals in Bhutan and is held at the grounds of the towering Punakha Dzong. The Festival is one of the best ways to witness the ancient living culture of the Dragon Kingdom. In addition, you will also visit the famous attractions in Paro, Thimphu and Punakha, like Tashichho Dzong, Paro Rinpung Dzong etc.

Welcome to Bhutan. On a clear day, one will experience breathtaking views of major Himalayan peaks, Jomolhari and Jichu Darkey in Bhutan from your flight. Upon arrival Bhutan's first gift to you will be clean fresh mountain air. Obtain your Bhutan visa which will be pre-paid, and after clearing Immigration and Customs, you will be met outside at the exit point by Bhutan Sky Trails representatives and escort you around for the sightseeing, onward to your hotel.
Visit Ta Dzong (National Museum), which towers above the Paro Dzong and viewing its well-interpreted collection of historic artifacts that makes a great prologue to the journey yet to come.
Visit Paro Dzong. This massive fortress is located in the Paro valley and is approached by a gently sloping flagstone road and a beautiful wooden bridge roofed with shingles and abutted by two guardhouses. Today, the Dzong is the Administrative seat of the Paro district and it also contains a state monastic community of about 200 monks. The central tower ("Utse") of the Dzong is one of the most stunning in Bhutan with its superb woodwork. The Dzong was built in 1646 A.D. After wards drive to Thimphu for the overnight which is around an hour drive from Paro.

Begin the day with the visit the Memorial Chorten built in 1974, in memory of the third King of Bhutan who reigned the country from 1952-1972. Next visit the Buddha Dordema located at Kuenselphodrang, it is 51.5 meter bronze statue overlooking the Thimphu valley. After that stop by Changangkha temple built in 12 century; Visit the Painting School (ZorigChusum if in session) where traditional art and craft is still kept alive, Takin preserve to see Bhutan’s national animal, Zilukha nunnery to grasp the role of woman in Bhutan’s spiritual realm, the Handicrafts Emporium where Bhutanese textiles and other arts and crafts are displayed which can be purchased, and TashichhoDzong, the main secretariat building. This massive fortress houses part of the government Ministries, the office of the King and the Throne Room. It also houses the State Monastic Body, the office and the living quarters of the Chief Abbot.

Embark approximately 2 hours 30 minute drive to Punakha over Dochula Pass (3,150 m) to the lower valley of Punakha. Stop at the Dochula pass for hot cup of tea/coffee, chance to stretch your legs and use proper toilet facilities. On a clear day one can view the Himalayan ranges with 108 stupas named as “Druk Wangyel Chorten” that have been erected here by the Queen Mother.
From Dochula pass take a gentle and beautiful hike through the forest of hemlock and rhododendrons to Lungchutse Temple, located at the elevation of 3,569 meters. This hike has lots to offer you and most importantly 360 degree view of Himalayan ranges on a clear day. Photos do not justify the beauty of the place as seen through the lens of the living eyes. Then you will drive to Punakha and once you get to Punakha valley, from the village of Sobsokha take a short walk through the rice pounding village to visit Chimi Lhakhang, a fertility shrine, built in the 15th century by Lama Drukpa Kuenley, also known as the “the Divine Madman”. The cheerful flying phallus that one sees painted on homes throughout Bhutan is a tribute to this saint, whose presence distracts and thus repels evil spirits.

Attain the Punakha Tshechu which is held in the courtyard of Punakha Dzong. Tshechu is religious festivals which are held annually in different parts of the country. During this event people dress in finest attire to witness mask dances and receive blessing. It also includes colourful Bhutanese folk dances, other forms of entertainment in addition to the religious mask dances. The Punakha Dzong which house the district administration offices, It is also the winter residence of the central monastic body and the Je Khenpo head monk of Bhutan. The dzong was damaged by fire in 1986, and recently renovated using traditional building techniques. It is one of the most beautiful Dzong in the country, located at the confluence of Pho chu (male river) and Mo chu (female river). Walk across the longest suspension bridge to enjoy the scenic view of sheyngana village and Pho chu river.

This morning drive to the north of the valley around 30mins and take a hike, which is around 1 hour to Khamsum Yule Namgyel chorten, which took more than 9 years to complete it. The walk through rice fields, passing by farm houses is very scenic and beautiful.
Attain Punakha Tshechu and stroll around the market that is setup specially for the festival.

You will visit Sangchen Dorji Lhendrup nunnery beautifully built on a ridge of wolakha, overlooking three valleys of Toebesa, Wangdue and Punakha. After your visit take a short ride further up to begin on your beautiful gradual downhill hike to Toeb Chanana through the pine forest. After Toeb chanana you will hike upto Tokha where your lunch will be served.
In Thimphu visit Bhutan Post to make your personalize stamp if you wish or visit the local market, this is a wonderful opportunity to witness daily life of people. If locals are practicing or playing archery (the national sport) you can stop and witness the sport. Visit traditional paper making unit and on the way to Paro

Hike to Taktsang (Tiger’s Nest) Monastery. The Icon monastery of Bhutan, this monastery clings to a cliff which was built in 17th century. The monastery was burnt in 1998 and was rebuilt. The mountainside viewpoint for this dramatically situated and most sacred site is accessible by walk of about 5 hours round trip. There is also a cafeteria at mid-point, where one can enjoy refreshments and meals.
In Paro make a visit to Kyichu Lhakhang, one of the most sacred temples in Bhutan, built in 659 AD by Tibetan Buddhist king Songtsen Gampo.

After breakfast, say good bye to this lovely country and you will then be transferred to the airport for you flight.

Other bills of personal nature 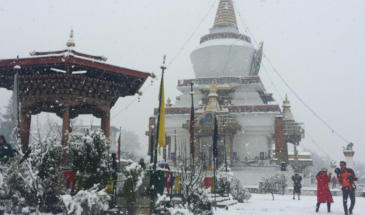 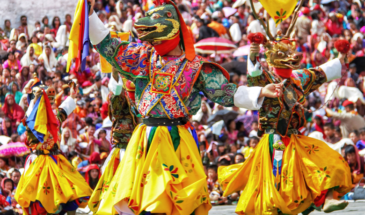